Karen McDaniel is an educator, social justice advocate, abolitionist, mother, and Executive Director of The Place4Grace. She has a Master of Arts Degree in Educational Psychology, as well as an extensive background in Early Childhood Education and Human Development and has dedicated over 25 years to fighting for families living through incarceration and its effects, while humanizing the experiences felt by families and marginalized communities most impacted by the justice system. Karen’s dedication for her work stems from her own experiences with the father of her two children spending life behind bars. Using her education, experience, and privilege she has worked to address the effects of mass incarceration on individuals, families, and the communities they come from by fighting to abolish the prison system and the way we deal with trauma, with a special focus on BIPOC.

After many years of dedicating her life to families and individuals impacted by mass incarceration, she has been acknowledged for her work, including recognition from the United States Congress and the California State Assembly, The UnCommon Hero Award, selection as a UCLA Beyond the Bars Fellow, and being appointed to the Inmate Family Council Vice Chair position, among many others.

Jenny Andrade is the Camp Grace Director for The Place4grace. Her mission is to reunify children and youth with their incarcerated father across CA prisons. Her inspiration is driven by the philosophy that a father figure is essential to a child’s health, emotional well being, and positive development. Since 2010, Jenny has been serving families and youth in the Bay

Chair for Board of Directors

Christina Mendoza is a mother of three who is system impacted. She began her personal journey into criminal justice reform because of the harshness and injustice of her husband’s sentence. Christina is the Coordinator for The Felony Murder Elimination Project and organizer with F.U.E.L. Families United to End Life without Parole, Drop lwop and volunteers with various coalitions. She serves as liaison and representative for families in her role as Chair of the Mule Creek State Prison Inmate Family Council and is the former Chair of CDCR Statewide Inmate Family Council

Vice Chair for Board of Directors

Rasheed Stanley-Lockheart is a formerly incarcerated person who has spent most of his adult life incarcerated. Growing up in a world surrounded by toxic-masculinity, Rasheed was able to find the love, empathy, and emotional connections he needed to hold space for healing. He participated and facilitated groups within the prisons like S.Q.U.I.R.E.S., VOEG, and a men’s healing circle.

Most recently Rasheed worked with a grassroots organization Called Planting Justice where he worked as a Reentry coordinator. This became a life-long journey that would center his focus around currently and formerly incarcerated people. Having spent over two decades of his life incarcerated, Rasheed brings to his work his firsthand experience with the criminal justice system and his ability to navigate complex issues and ambiguous environments. In addition to his work with The Ahimsa Collective, Rasheed also serves as an advocate for Formerly Incarcerated people and has been featured in multiple media outlets.

Most recently Rasheed has been a strong advocate in helping to change a law (AB2147) that barred Formerly Incarcerated Firefighters from getting EMT certifications which would allow them to seek firefighting careers post incarceration.

Treasurer for Board of Directors

Shannah has been a prison activist for over 25 years. She has been a part of the Place4Grace from the very beginning stages and also previously sat as a member of the board. Shannah works as a Paralegal for an amazing firm in the North Bay. She loves her job and is blessed to do something she truly enjoys. She is also a Fitness/Wellness Coach.

Her husband is currently incarcerated in a California prison and has been since the early 90’s. Although they are no longer together, Shannah wholeheartedly believes that people are not the sum of their mistakes and she advocates for the decarceration of all of those in prison. Experiencing the direct impact prison has on families, namely children, and how they are treated had a direct hand at her involvement in changing the system. Shannah co-founded the Restore Cali Family Visits and started the process of advocating for restoring family visits. Although Shannah may not be the direct reason family visits were restored, her family’s story opened the eyes of many on why it was important to have family visits restored for lifers. Shannah is an administrator of the California Prison Reform Movement and was a moderator over the years for various prisons. 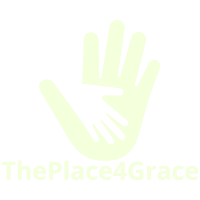