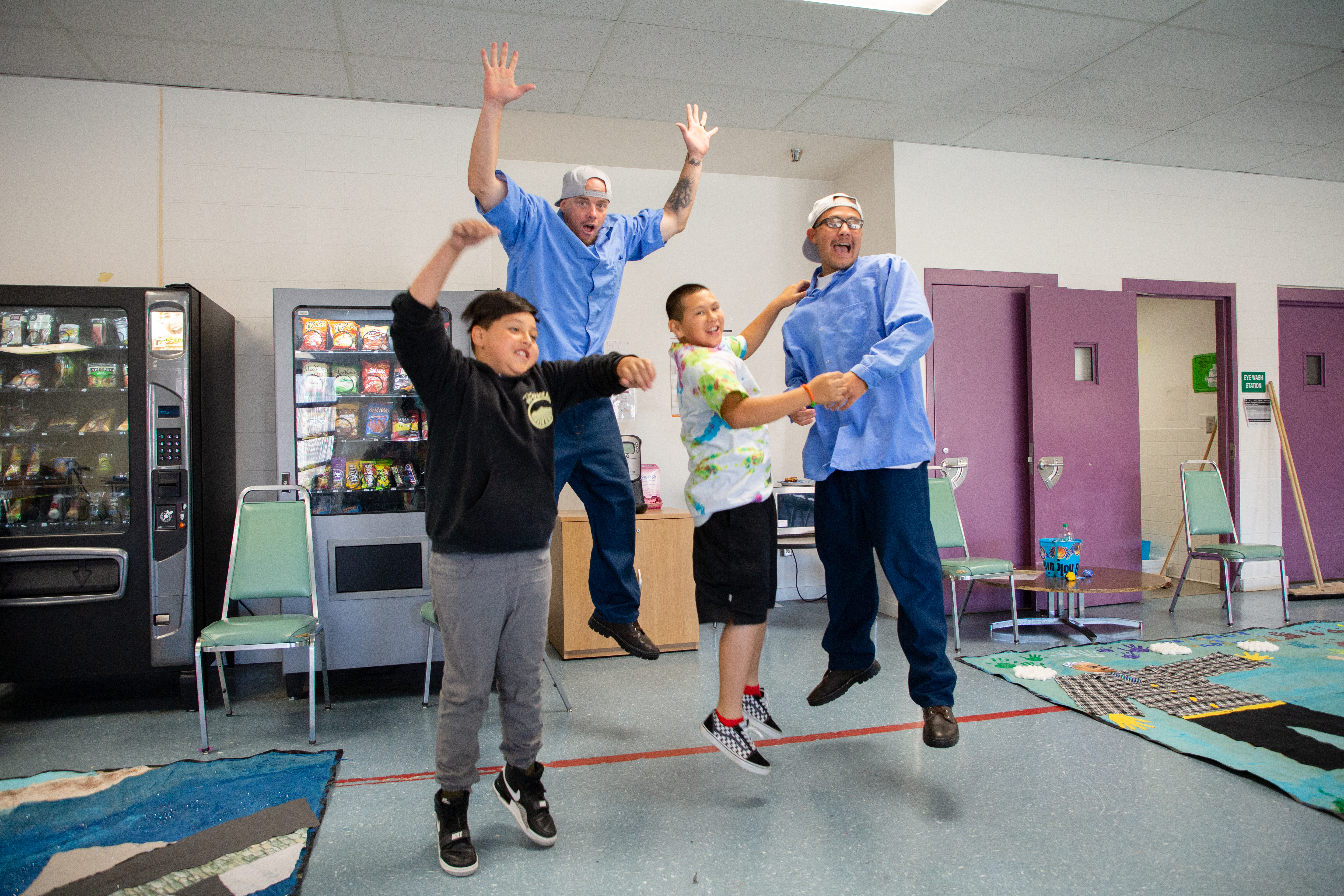 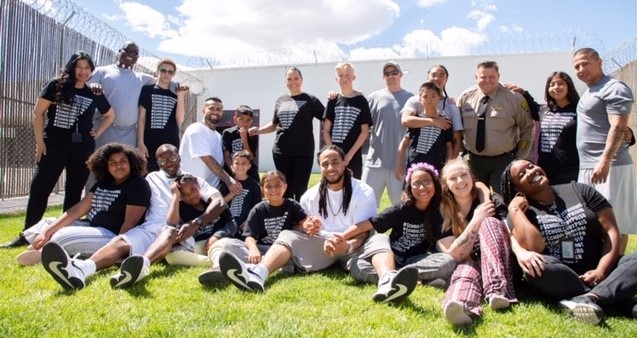 Incarcerated dads at High Desert State Prison enjoy a week with their children thanks to Camp Grace.

Over the summer, High Desert State Prison (HDSP) hosted the Place4Grace’s Camp Grace on Facilities A and B for the third year in a row. Camp Grace is a five-day program offering all-day quality time for incarcerated fathers and up to two of their children. The fathers and their children spend time creating memories that would otherwise miss if it weren’t for the Place4Grace organization and their staff.

The dads and kids spend time creating arts and crafts, drawing life-sized murals, and having some fun competition. In addition to those activities, they also have the opportunity to everyday activities that most of us take for granted. Activities such as watching a movie together while snuggling, eating meals together, playing games in the yard, and just plain being silly together.

This year, there were seven fathers and ten children who participated at the HDSP Camp Grace.

Saechao, who is currently serving 15 years, had his son present. Saechao’s son came all the way from Indiana to participate, and they had not seen each other for three years.

Poston’s two daughters came from Southern California, but he hadn’t seen them for seven years. Poston is a model prisoner and is in his sixth year of a 57-year-to-life sentence.

HDSP had three fathers who were returning from previous Camp Grace years: Wilkerson and his daughters, Allee and his son, and Avalos and his two boys. Though they are veterans to the camp, they were still as excited as and nervous as they were the first time. Allee, who is serving Life without Parole and remains discipline-free, is able to see his son on a regular basis through family visits and regular visiting. Allee is also a model prisoner.

Wilkerson is no stranger to Camp Grace, and often will request to donate to Place4Grace through fundraising activities, because of the change that Place4Grace has had on him and his children’s lives.

Place4Grace’s mission is to restore families and advocate for children impacted by incarceration. Camp Grace is only one of the programs that the non-profit offers to families. This camp is imperative to the father’s rehabilitation by encouraging good behavior, connection, and by helping them to realize how impactful they are to their children’s lives.

Camp Grace is also important to the children, as it gives them a chance to spend a week full of love and bonding with the father that they would otherwise not be able to see.