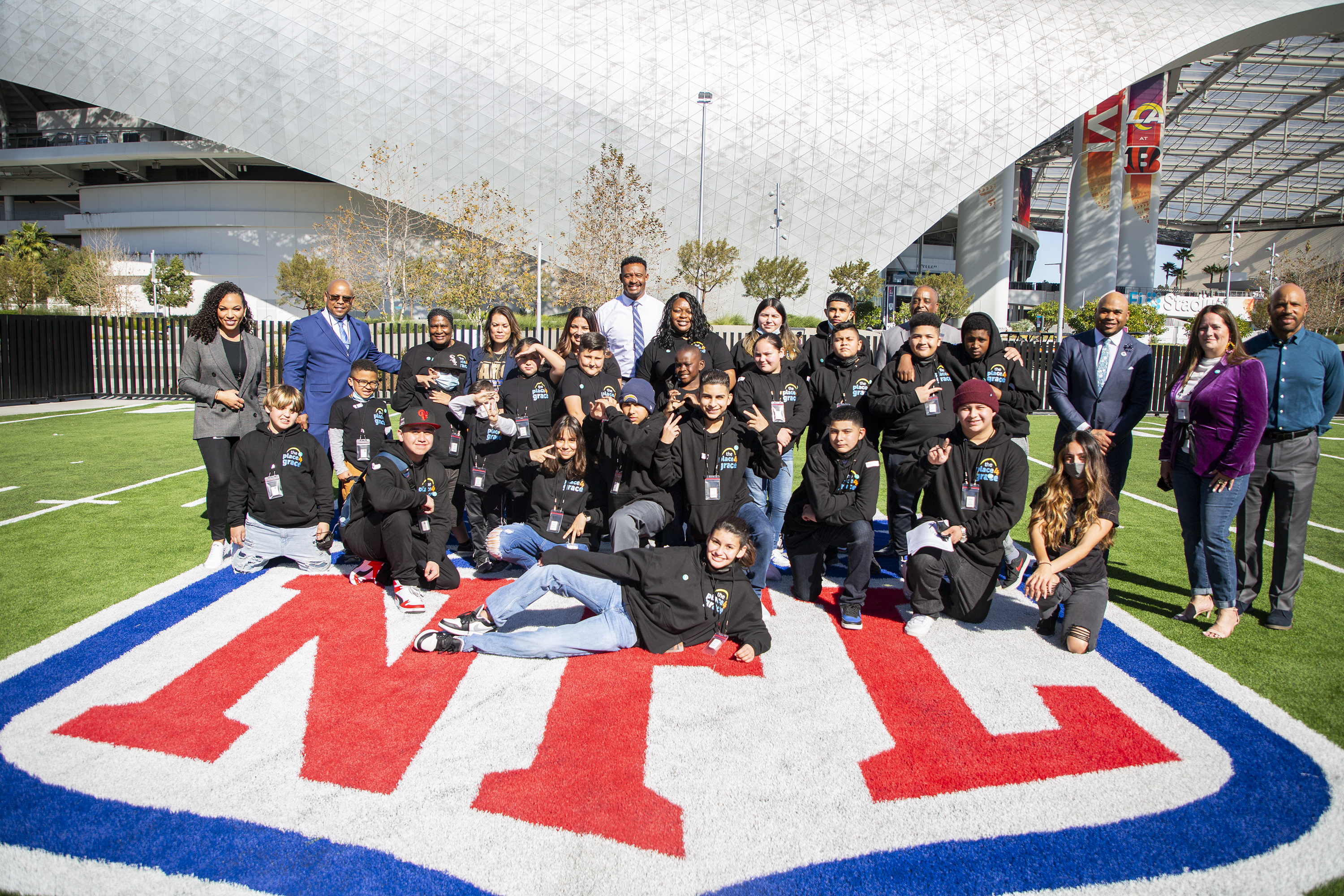 On Monday, February 7th, 2022, The Place4Grace partnered with the NFL and Anti Recidivism Coalition (ARC) to help close the digital divide for children with incarcerated parents in the greater Los Angeles area during the week of Super Bowl LVI!

The NFL Inspire Change showcases how NFL players, clubs, and the league are joining together to ensure that access to opportunity is a reality for all and to create progress in police-community relations, criminal justice reform, and education and economic advancement. The mission of our partners at Anti-Recidivism Coalition (ARC) is to change lives and create safe, healthy communities by providing a support and advocacy network for and by formerly incarcerated men and women. Our team at The Place4Grace serves families and children of incarcerated men and women with a focus on family reunification, literacy, advocacy and providing an environment for children and their incarcerated fathers to experience extended bonding time

With the help of The NFL and ARC we were able to invite 23 children with an incarcerated parent to partake in a special event at NFL Network Studios. NFL Network talent: MJ Acosta-Ruiz, Willie McGinest Jr, Steve Smith, Colleen Wolfe and Jim Trotter took our kids on a studio tour, and shared their tips and tricks about recording in the studio. A huge surprise for the kids was a pre-recorded video message from each of their dads played on the big screen – this would not have been possible without the help of CDCR. Another surprise was that NFL allowed the kids to record their own messages to their dads in one of their sounds stages! The Place4Grace and ARC were honored with plaques to commemorate their ongoing partnerships with the NFL.

Not only did the kids partake in this event during Super Bowl week, but leading up to Super Bowl week, the NFL Foundation along with the NFL’s partner CISCO, will be providing funding to outfit these children with much needed technology (computers, WiFi hotspots, tablets, etc.) at home! This contribution will not only improve the kids’ learning at home but will also provide them with the tools they need to virtually connect with their incarcerated parents.

Currently there are 2.7 million children in the United States that have a parent who is
incarcerated and over 5 million have had an incarcerated parent at some point in their life. Preserving relationships between incarcerated parents and their families benefits both the parents and the children; Improving emotional health, reducing anxiety, promoting greater academic achievement, reducing recidivism and breaking the vicious and harmful cycle of intergenerational trauma and incarceration.

For more information on how to get involved please explore our website: http://www.theplace4grace.org